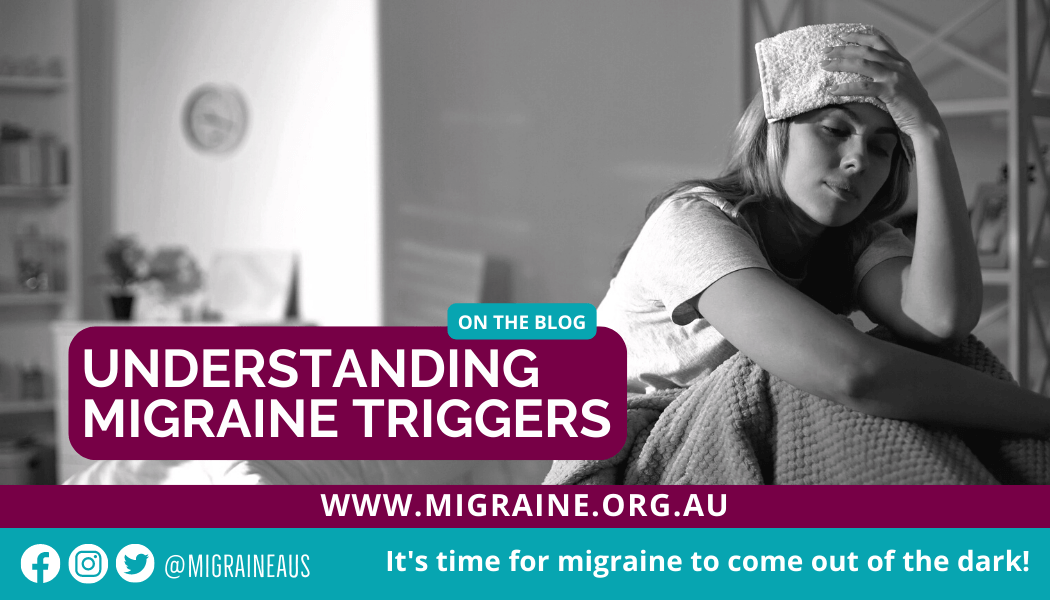 ‘Trigger’ is the term used to describe environmental or internal events that may start the cascade of changes that end in a migraine attack.

Stress – this can include emotional stress (e.g., getting upset), cognitive stress (e.g., studying for exams), and physical stress (e.g., over-exercise)
Sleep – too much or too little
Changes in routine - going on holidays or even just the change from week to weekend
Hormonal changes – puberty, pregnancy, menopause or even just monthly periods
Exercise – particularly high-impact exercise
Food – some people find that certain foods trigger their migraine attacks, but this is very dependent on the individual. Other people find inconsistencies in meal times (e.g., delaying or skipping meals), or inconsistencies in amount of food eaten (e.g., under or over-eating at a meal), can trigger migraine attacks
Dehydration – more commonly thirst is a symptom of a migraine attack, but for some people, not drinking enough is a trigger. Aim for 1.5L water a day
Environmental triggers – dust, smoke, perfumes, screens, loud noises, and even changes in the weather can all be migraine triggers

Your migraine triggers are unique to you – what triggers an attack for someone else will not necessarily be a trigger for you, and what works for someone else may not work for you. The information in this fact sheet is a guide to the most common triggers, but you need to do the homework to identify your own triggers and how you can avoid them.

Many things believed to be common triggers are now believed to be early premonitory symptoms of a migraine attack. There have been several studies that found things like neck pain or disturbed sleep are caused by migraine, not the other way around.

This is also the case with food and drink. Being thirsty or craving chocolate, for example, are more likely migraine premonitory symptoms, rather than not drinking enough water or eating chocolate being triggers. Be mindful when eating and drinking, and see if there is a link between what you are consuming and your attack.

We all have a unique migraine threshold. You can increase your threshold, or reduce your triggers, to help avoid migraine attack. 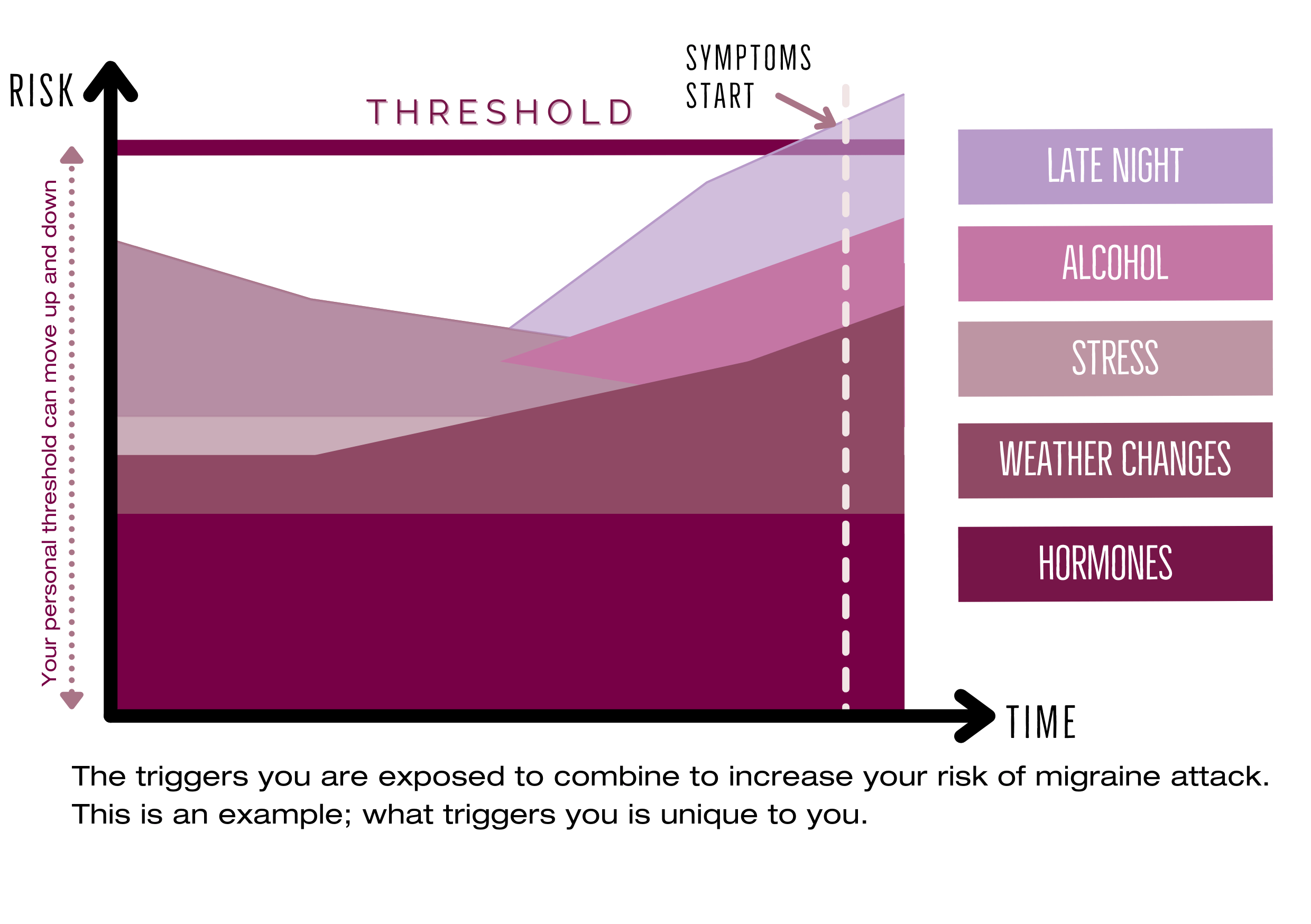 The triggers you are exposed to combine to increase your risk of a migraine attack. This is an example; what triggers you is unique to you.

Very few migraine triggers will cause a migraine attack by themselves. It often takes several triggers together to cross the migraine threshold and start the attack.

Everyone has their own threshold – your own unique point where the migraine attack begins. It’s like your own internal limit. If you’re pushed over that limit, you’re likely to have an attack.

If you have a low threshold, you’re very vulnerable to having a migraine attack. Even slight variations in your environment can threaten to put you over the limit, like a change in barometric pressure, or a strong smell.

If your threshold is high, you’re less vulnerable to such changes. That means you can withstand a lot more stimulation before having a migraine attack.

A person’s threshold is always changing. Your threshold may be higher or lower on any given day depending on many factors. And you can help raise your threshold, preventing some migraine attacks, by adapting your lifestyle or using preventive medications.

If your attacks are linked to several different things, it may not be easy to identify your triggers. A trigger may not cause an attack every time, and not every attack may have a trigger, which can be confusing.