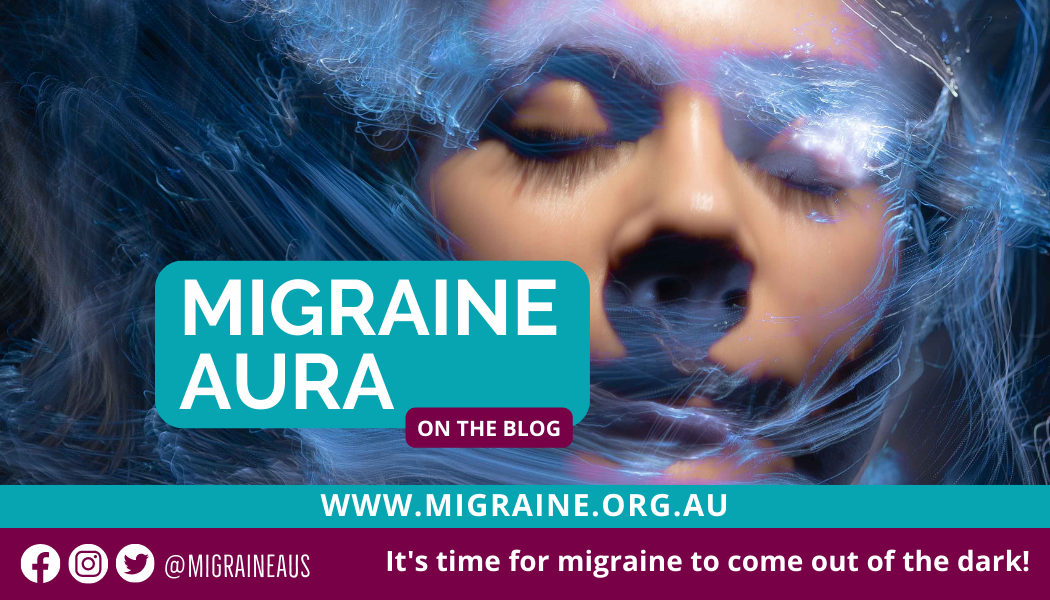 Approximately one-third of patients will experience a migraine aura following the premonitory phase before the onset of the acute or headache phase of a migraine attack. Typically, an aura lasts for less than an hour, but it can go on for much longer.

Those who experience migraine aura will not necessarily have an aura with each migraine attack.

You can also be diagnosed with Migraine aura without headache, which is when you get the aura, but not the headache phase of a migraine attack. This is sometimes called silent or painless migraine.

There are no acute treatments currently available to treat migraine aura, but other treatments to manage migraine help the headache phase.

It’s not well understood what exactly causes aura. It’s believed to be caused by a wave of electrical activity called depolarisation that spreads across the cortex of the brain. This wave is then followed by a prolonged suppression of nerve cell activity. This process is also called Cortical Spreading Depression (CSD).

Migraine aura can cause a variety of different symptoms, many of which can be quite confronting and scary when they first happen. Visual disturbances are the most common, accounting for 90% of all migraine aura. They often slowly spread across the vision during the aura.

Symptoms reported vary widely, but include:
• Seeing lines, which can be straight, zig-zag or spiral
• Seeing black spots or losing part or all of your vision
• Having holes in your vision where things are blurry or missing
• Seeing colours or things being the wrong colour
• Seeing lights or having a flashing light experience, like a strobe light
• ‘Alice in Wonderland Syndrome’ is a type of visual aura where you have an altered
perception of depth or size
• Visual Snow is a different disorder, where small white dots appear across your entire vision,
like snow on an old tv. Some people experience visual snow constantly, rather than for a
limited time during migraine attacks

Other types of aura include:
• Sensory disturbances such as feeling pins and needles or numbness, which can march up or down one side of the body
• Speech and language difficulties, with difficulty choosing words to not being able to read
• Motor weakness, which can range from just being a bit clumsy or weak in a hand to facial droop and paralysis down one
side
• Feeling dizzy or off balance and smelling or tasting things that aren’t there can be less typical aura symptoms too.

Because migraine aura involves transient neurological symptoms, it is important to differentiate from other causes such as a transient ischaemic attack (previously called ‘mini-stroke’) or a seizure. It is important to seek medical advice if you have any symptoms that are new or worrying.

Having migraine with aura puts you at a higher risk of stroke. It is generally advised that you should not smoke, and not take the contraceptive pill or other medications that may cause blood clots. Discuss this risk with your GP.